I saw this headline this morning:  Wild Boar Injures 4 in Germany.

Kind of ironic, thinking of the other wild boar loose in Germany some 495 years ago tomorrow, don't you think? 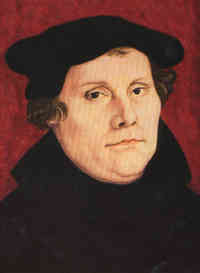 The Worst Hard Time: The Untold Story of Those Who Survived the Great American Dust Bowl by Timothy Egan


I loved the stories of the individuals and what they went through during this time.  There were many names I recognized who were friends of my parents and grandparents.  I've personally met most of the James brothers, for example. The author's take of them is pretty straightforward and accurate.

What I did not like about the book were the assumptions, placement of blame, and conclusions the author liberally sprinkled throughout the narrative. Many of them could have been written by Al Gore, they were so far to the left. It was obvious the book was written by someone who's never lived in this part of the country, and has no understanding of the mentality, pride, and roots nor any idea how the people think, deep down. In this regard, the book is like reading a history of African-American culture written by a white man. Something is missing. Something important.

The author is also wrong on some facts.  One glaring fact is in the Epilogue:  He says the population of Dalhart never recovered from the Dust Bowl days.  However, by 1943, the population of Dalhart was over 20,000 (three large B-17 training bases had been built around the city for WWII).  The city is not a "windswept dog-eared town", as he calls it, but a thriving and beautiful town.  It makes me seriously wonder if he has ever visited the city the author wrote so much about. The story has a lot of holes...it is very much incomplete, but this isn't unexpected for a book of this type...there is too much history to cram into a readable book if one wanted to cover it all. But I would like to have seen some additional communities and events covered in brief, to give a fuller picture of what times were like in those days. My dad was born in Boise City, OK in 1932, in the heart of the Dust Bowl. I know quite a few stories told first-hand that would have increased the value of this book, but again, not everything can fit that needs to fit. I suppose that's one of the biggest problems an author of a cultural history faces.

I recommend the book for those who want some of the story of the days and events of the time, but you'll have to wade through the politicisms and greenish worldview at times. Three stars might be a bit harsh; three-and-a-half is more accurate. But I don't think I can give it a four.

View all my reviews
Posted by jbboren at 14:57 No comments:

Why No Posts Lately?

One of my faithful readers (there aren't many!) asked why I hadn't been posting much.  Good guess.  Busy.

My wife and I are the president of the local Canyon Eagle Booster Club, which means we are in charge of concessions at Kimbrough Stadium (cap. 20,000) each Friday night.  That keeps us pretty busy.  (But we are hoping to raise close to $100,000 this year for Eagle athletics, so it's worth it.)

Additionally, the twins are on varsity football this year (Juniors), so that keeps us busy.

And we have a 7th grader playing football and an 8th grader who's a daughter.  That keeps us busy.

I'm really not sure how I have time to go to work.  But I still do.  The thing that is giving way right now is writing on the blog and sleep.  Hopefully I'll pick writing back up a bit after football season is over.  I've been told I can catch up on sleep when the kids are grown.

I'm starting to think the Waterboy's momma was right:  "Fooseball is the devil."

jbboren
I'm currently the Executive Director and Dean of the Wayland Baptist University campus in Amarillo, TX. I'm married to Jennifer and have four children. I am active in my community, coaching several youth sports and teaching a Sunday School class at my church. I love my work, and I am committed to the education of adults, particularly law enforcement and military personnel, but also any non-traditional student seeking higher education.

I am very interested in theology, particularly the doctrines of grace (reformed theology), which I've come into late in life; I also love history, especially US military history and the US Marine Corps; handloading (I run the largest handloading list on the internet... handloading@yahoogroups.com); shooting and the shooting sports; hunting; and reading. 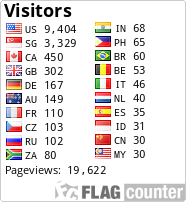 What Does It Mean?

[Note: This blog is inactive as of 2015.]
'Blogergism' is a word that literally means 'blog work'. Writing does not come easily to me, and consider it hard work! That's the primary reason I blog.

Because the Reftagger gadget is installed, you can see any bible verse by hovering your mouse pointer over the verse reference.

Get your Ligonier $5 Friday Items

131 Christians Everyone Should Know
by Ted Olsen
tagged: currently-reading

World-Tilting Gospel, The: Embracing a Biblical Worldview and Hanging on Tight
by Dan Phillips
tagged: currently-reading

Online Bible by Logos
Add this to your site!